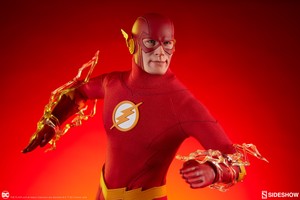 Since SSDs (Solid State Disks or Drives) have been widely deployed in servers the last several years, misconceptions and even some outright myths have emerged - eRacks attempts here to give accurate information regarding these, and set the record straight.

Here are someof them:

Let's address these, in an order that helps explain how things work, and how they relate:

In early flash drive and SSD technology, it was true that there were a limited number of writes that could be done to a given block of data in a flash drive, after which failures would occur - although technically this is still true, two things have happened:

have vastly increaed the number of writes before any failures occur, and now (as of this writing, January 2020) rendered this issue (almost!) nonexistent - only the most heavily (re-)write oriented applications, such as video surveillance, are still at issue.

That said, SSDs still have a vey different partial-failure profile, and therefore the best-practices usage profile and recommendations are vastly diverse for SSDs and HDDs, inlcluding

This myth started with some hosting vendors touting their "All-flash" servers, with the implication that this somehow made them superior -

SSDs, now with all the heavy "wear-leveled" algorithms, tend to fail "All at once" as opposed to HDDs, which

So the usage circumstances under which SSDs or HDD fail are very different - making a hybrid approach superior to using either technology alone.

Unbuffered reads & writes to the SSD media itself typically complete faster than those to HDD Media - but this doesn't tell the whole story:

In 95%+ of the real-world scenarios out there, a good-quality, well-designed caching RAID controller can perform on a par with, or often even ourperform, a typical SSD-based server.

Even so, there are considerations for when to use SSDs vs HDDs -

And for Multitrack-audio recording, where you need the sustained speed, but the volume is way less, we recomend SSD-based systems.

For the other 95%, this dictates a hybrid approach - SSD+HDD.

Although this one is partially true, it's more nuanced, and there are circumstances where SSD is cheaper:

In summary, a good knowledge of the rel facts surrounding SSDs vs spinnging-platter hard disks, will serve you well (no pun intended).