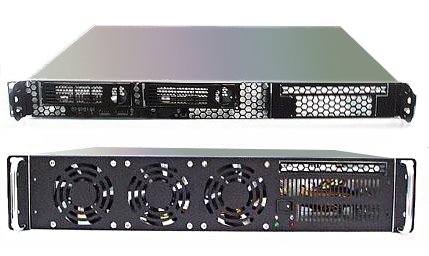 Sandy Bridge CPUs are currently available in either dual-core or quad-core flavors, with 6-core and 8-core models coming later in the year. Base models sport clock speeds as high as 3.4GHz and can be overclocked to 3.8GHz using Intel's Turbo Boost Technology. Enthusiasts who want to push their CPUs further can opt for the K series, which features an unlocked multiplier, allowing the clock to be driven as fast as 5.7GHz. In addition to fast clock speeds, Intel's latest line executes instructions roughly twice as fast as previous models. All Sandy Bridge CPUs introduce a new set of instructions, dubbed AVX (Advanced Vector Extensions), for floating point intensive calculations, which will significantly improve the performance of applications designed to take advantage of it. All Sandy Bridge processors come with a whopping 8MB of L3 cache, and future processors to be released in the fourth quarter of 2011 will possess as much as 20MB.

All of these exciting improvements by no means come at the cost of increased power consumption. In fact, Sandy Bridge is more efficient in its use of energy than its predecessors, which is great news for laptop owners who care about conserving battery life as well as for the environmentally conscious.

With so many cores, and with improved support for floating point operations, the Sandy Bridge processor makes an ideal choice for individuals interesting in editing video, rendering 3D graphics and even playing games.

Earlier in the year, concerns arose regarding a design flaw that effected the SATA2 ports on Sandy Bridge motherboards. All affected models were recalled and have since been replaced by boards that do not suffer from this problem. Thus, eRacks customers can rest assured that they will be provided with reliable hardware.

The eRacks/SANDYCORE features open source software *by default*, liberating the user from cumbersome and costly software licenses. Operating system choices include all flavors of Linux and *BSD.

eRacks Open Source Systems has been specializing in open source solutions for over ten years. While eRacks prides itself on being a leading provider of rackmount servers, it also strives to cater to the home user, and the Broadcast and Studio market. eRacks builds custom systems to order and offers educational and quantity discounts. For more information, visit the eRacks website at http://www.eracks.com or call (714) 532-5322.