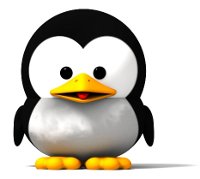 With the coming of a new year, it is time to take a look at the Linux computer offerings and see which distributions you can get shipped to your doorstep. I just recently ordered a new desktop from one of these vendors, and I will publish a review as soon as I have thoroughly tested it.

System76 – It has become a landmark on the Linux desktop and laptop landscape. Now in its 7th year of selling Ubuntu-based machines, System76 offers a variety of customizable laptops, desktops, and servers, all with the latest version of Ubuntu installed. From the $649 Lemur Ultra 14.1” laptop to the $2,099 Jackal Pro 2U rack-mountable server, System76 has something for just about anyone.

ZaReason – This company with the strange name has been building Linux computers since 2007 and has an extensive line of laptops, desktops, and servers. It has everything from low-end boxes for as little as $399 to high-end servers priced at $2,499. ZaReason offers a wide range of customization options, low prices, free shipping, and a choice of operating systems, including several versions of Ubuntu, Debian, Fedora, Linux Mint, and the option to get a machine with no OS.

EmperorLinux – The grandfather of them all, EmperorLinux has been selling high-end Linux laptops since 1999. Do not expect to find cheep netbooks on this vendor’s site. You can, however, get the $4,900 rugged Caiman E6400 XFR with your choice of Fedora, Ubuntu, Red Hat Enterprise Linux, CentOS, Debian, SUSE, or Slackware. EmperorLinux has nothing under $1,000, but for the price, the systems come with guaranteed full hardware support using a custom kernel.

ThinkPenguin – If price is a concern of yours, ThinkPenguin may be a good spot to start your search. They offer laptops as low as $499 and desktops as low as $249, before customizations. Without a doubt, you will want to make at least a few tweaks, and this site gives you that flexibility. It also provides a form for you to fill in the distribution you want installed, which presumably means they will install any distro you want. The default option is Trisquel GNU/Linux.

Ohava – Perhaps one of the newest on the block, Ohava offers 3 mini-ITX form factor desktops starting at $299, three notebooks starting at $375.99, and three servers starting at $944.99. The company also offers other services, such as an open cloud solution, web services, and training. Like the others on the list, they offer customization options and the option to install Ubuntu, Fedora, or SUSE.

eRacks – Another vendor that has been around since 1999, eRacks offers quite a few desktop, server, and laptop options with Linux installed. Its website gives you full customization over just about everything from motherboards to extra software. eRacks will install a number of Linux distributions, such as Ubuntu, CentOS, and Gentoo, several BSD variants, and even Windows. It offers laptops starting at $879 and desktops starting at $395.

By purchasing a computer with Linux installed, you can save money, but you can also help support the free and open source software movement. When you buy a computer with Windows, it gets counted as a Windows PC sale, even if you remove Windows and install Linux later. When you buy Linux, you support Linux. Moreover, many of the problems Linux users have stem from incompatibility with hardware that was meant for Windows.

When you buy a computer with Linux installed, your vendor has made every effort to ensure compatibility. You will also have a warranty and support from a company that knows Linux. With affordable prices and freedom, you have nothing to lose.